Well well well, guess what Inquisitor Makhell is sporting across his cheek? No, not rosy red circles, but a rosy red hand-print… Timandra Whitecastle’s hand, to be precise. The increasingly popular fantasy author gave him a good ol’ slap as she was brought before him by his witchunters. Still, Makhell being the top inquisitor he is, still managed to drag the following answers from the author of Touch of Iron:

“I wouldn’t. I’d ride it proudly to my school (day job = teacher) in a Thranduil costume. The students would go nuts.”

2. Why would you be hiding it? Weird.

3. Tell us something about your work in progress?

“It’s a novella set in the Living Blade world. Think a feminist, grimdark (femdark?) version of Steve McQueen’s The Great Escape. Only not escaping from a POW camp, but from a convent of bloodwitches. Obviously.”

4. If you were a tree, what tree would you be and why?

“Tough choice. Either Ash or Beech. Both are native to England and Germany – like me. Yggdrasil – the Norse World Tree – was an Ash tree. However, Beech (German: Buche) has the same word origin as book, since Beech tablets were used as writing surfaces.”

6. Are you more of a hunter or a gatherer?

“Well, I eat Paleo, so … bit of both? My hunting grounds are online where I seek out ingredients I can eat but aren’t readily available where I live. I then gather all the veggies and grass fed meat into my cooking pots and pans for tasty, nutritious meals.”

7. You’re a new addition to the crayon box. What colour would you be and why?

“I’m calling it Blarple. It’s the deep purple, nearly black of the night sky just before sunrise. Why that color? Because it’s the color of my soul. Darkness with a glimpse of hope.”

8. What was the last gift you gave someone?

“Shhhh. He doesn’t know yet. But I just bought my husband the Lego Millenium Falcon… We’re gonna spend soooo many hours together.”

“Geeky. And really badly dressed with my dad’s old army jumpers, and the baggy pants. (It was the ‘90’s. Not all girls were Cyndi Lauper. Some of us were Tank Girl! Just sayin’)”

10. What’s the last thing you watched on TV and why did you choose to watch it?

“Sherlock Season 4. Because my heart was beautifully bruised by Season 2, and I’m curious to see whether Gatiss and Moffatt can pull that off again. (So far? Nope.)”

“A mature adult. Until that time, though, I’ll just make it up as I go, building lego, raising my kids, watching superhero movies and video game playthroughs, pretending to know what I’m doing at work, singing out loud as I drive my car, and reading far too many graphic novels and fantasy books.”

12. Describe the colour green to somebody who is blind.

“It’s the scent of Spring. You know? That one day in March or maybe April when something new vibrates in the air, electrifies you; when life wakes deep within you, and the still weak sun kisses your lashes with hope and promise? That’s green.”

13. Who would win a fight between Frodo and Sam?

“Sam. Never underestimate gardeners! (Also he’d know how to dispose of the body. Mary, Mary Quite Contrary would never find out just how her garden does grow …)”

14. A white rabbit hops through the door right now wearing a helmet. What does he say and why is he here?

““Squitch and squatch! The sky is falling. Double diamonds. The Russians, Timmy, the Russians. Quick, quick! Get in line. Everything was better under Adolf.”

Why? Because he’s off his medication again.

15. What’s your favourite game, be it video, board or tabletop?

“Ugh, so hard. I could write for hours about all the video games that prove – at least to me – how far the medium has come as an art form, as a way to tell stories, as a way to communicate what it means to be a human.

Instead, I’ll answer and say, right now? Right now my favorite game is the monthly D&D session (5th edition) with fellow SPFBO authors Benedict Patrick (DM), David Benem (Fabio, noble warrior with L’Oreal hair), Phil Tucker (dwarven cleric), and Josiah Bancroft (as the lovable halfling rogue with a penchant for fire.) I haven’t laughed as much in a long time. Thanks guys.”

17. Supercar, Superbike or Superboat, and why?

“None. Because I just don’t care. (Or is it the Batmobile? I’d totally take the Batmobile. Just to put my kids’ car seats in it and drive through the streets, letting them shriek out of the windows, and I’d try not to laugh and be all so serious … I’m Batman.)”

18. Where is your preferred writing space?

JP: “Lords above, you give someone an elk and it leads to them wanting a bloody moose. Rejoice in the fact I gave you anything at all!”

For the latter alone, I want you to go and pester Timandra Whitecastle on social media, be it Facebook, Twitter, Goodreads or on her own website. Although, pester her or not, I do hear great things about her writing, so I suppose I should also encourage you to buy her book, too.

I hope you enjoyed that, I know I did. I also enjoy D&D and was gutted to have to turn down the cool gang mentioned above when they asked me to join their adventures. It was an honour to be asked, but I’d literally just joined another group, on the same weeknight. Typical. Still, I hope they’re having fun with their beast-battling. Now make up for me missing out by buying my books! < Can’t blame a guy for trying. 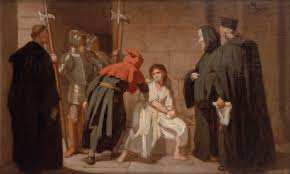